The Police and the press – the two professions are closely linked to each other. Though their professional relationship is intertwined, there is an alarmingly high number of conflicts, which threaten press freedom. To build mutual respect, to establish a relationship of trust and to protect the right to free reporting the European Centre for Press and Media Freedom (ECPMF) and its partners developed the Press Freedom Police Codex. The Codex is designed to guide individual police decisions, to raise awareness and provide a starting point for a sustainable dialogue between the police, the press and the public.

The Codex consists of eight guidelines, which address the most relevant conflicts between the two professional groups in Europe. The guidelines are the result of a long-term analysis and an investigation of the legal situation, involving six European journalists’ organisations. The clauses are framed to meet the legal standards and the professional provisions of the European member states. By applying them in ongoing situations of confrontation with journalists and media workers, police officers will get a practical orientation for everyday decision-making. This will help to better safeguard journalists´ rights and allow both professions to co-exist more amicably.

The development of the Press Freedom Police Codex is dedicated to improving this strained relationship on a long-term basis[i]. It is also a reaction to the recent increase in the number of direct violent attacks against journalists by, for example, demonstrators, organised criminal gangs and on occasion the police itself. Established monitoring tools[ii] [iii] prove that this development affects many parts of Europe: police forces repeatedly apply violence against journalists, infringing their civil rights, which are enshrined in the European Convention on Human Rights.[iv] Protecting the physical and psychological integrity of every media worker is the highest priority, hence the first clause of the Codex states: 1. Any violence by police staff against journalists is unacceptable.

Studies and reports confirm that as the number of demonstrations and reporting on these demonstrations rises, the probability of violent attacks increases.[v] So, the journalists’ right[vi] to gather information in the course of demonstrations and public gatherings is endangered. Police officers are the ones who can make a difference here: if they are properly informed about journalists´ rights, their intervention can support and even facilitate the work of a free press. This leads to clause 2. Journalists have the right to gather information and police should protect them from any illegal interference, especially at demonstrations.

The media serve as watchdogs, keeping the authorities  in line – an elementary function of journalism in democracies. This includes checking and documenting police work[vii] and being able to identify the individual members of the police. By establishing individual identification of police officers, it is more likely that potential misbehaviour would be minimised, since it decreases the widespread impunity of such actions.[viii] Therefore, 3. Journalists should have the right to identify individual police staff and to document and report on the work of the police forces.

Police frequently seize footage and journalists’ equipment or prevent journalists from covering certain incidents or accessing the site of demonstrations and other events.[ix] [x] This often happens due to a lack of knowledge by the police about the legal boundaries of their duties. Therefore, it is important to inform all police forces about the fact that they do not have any legitimate power to decide on the lawfulness of any recorded material, nor to search editorial offices without a proper warrant. Such actions always need a court decision so that each individual case can be properly examined.[xi] 4. Police are not allowed to erase footage, nor to confiscate journalists’ equipment without a proper warrant.

Media freedom is at stake if individual reporters are put on informal “watch lists” and their access to events or areas of gatherings[xii] is blocked. These limitations are often based on the assumption that individual journalists or the news outlets they work for have a certain political attitude, referring to the journalists as “security risks” because of the critical nature of their reporting.. This opens a window to selective information policy, delegitimation of media workers, professional harassment and chilling effects.[xiii] 5. Journalists should not be criminalised, discriminated against nor watchlisted for their assumed political attitude.

Journalists and their sources have become objects of police surveillance. Whether this happens on purpose or whilst security authorities are investigating a third party, this poses a severe threat to press freedom as it endangers the confidentiality of journalists’ sources.[xiv] [xv] Hence: 6. Journalists should not be targeted by police surveillance.

Police forces have often been used by state authorities or politicians to intimidate journalists. This is still one of the most common forms of interference with journalists’ work.[xvi] If such cases of (alleged) intimidation happen at a national or even an international level, independent investigations by a third authority[xvii], an NGO or transnational organisation must follow immediately, and the investigation results must be disseminated in order to inform the public: 7. If police harm, threaten or harass journalists, these actions must be condemned, investigated and made public by independent investigators.

With the eight clauses of the Press Freedom Police Codex, we aim to provide guidelines for the police on how to react, handle and work with journalists. A continued dialogue between the two professions is necessary, in order to enhance a successful working relationship.

[i] Verza, Sofia: Resetting the relationship between police and press: new guidelines, Accessed via: https://en.ejo.ch/media-politics/press-freedom/resetting-the-relationship-between-police-and-press-new-guidelines

[ii]Council of Europe: Hands off press freedom. Attacks on the media in Europe must not become the new normal. Annual report by the partner organisations to the Council of Europe Platform

to Promote the Protection of Journalism and Safety of Journalists. p.9, 10; Accessed via:   https://www.coe.int/en/web/media-freedom/annual-report-2020

[vii]  Council of Europe: Hands off press freedom. Attacks on the media in Europe must not become the new normal. Annual report by the partner organisations to the Council of Europe Platform

to Promote the Protection of Journalism and Safety of Journalists. p.22, 23; Accessed via: https://www.coe.int/en/web/media-freedom/annual-report-2020

[xiii] Council of Europe: Recommendation CM/Rec (2016) 4[1] of the Committee of Ministers to member States

on the protection of journalism and safety of journalists and other media actors. Accessed via: https://search.coe.int/cm/Pages/result_details.aspx?ObjectId=09000016806415d9#_ftn1 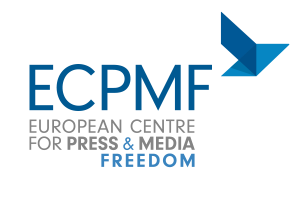